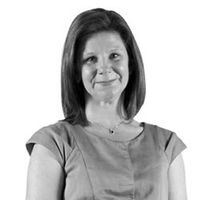 An interesting research paper recently released by JLL has named Brisbane and Melbourne on the list of New World Cities.

1. Established World Cities which includes the usual icons of London and New York. Sydney was the only Australian city that made it into the category.

3. New World Cities are defined as "small or medium sized cities that have an attractive infrastructure and liveability platform and deliberately specialise in a limited number of global markets." Brisbane and Melbourne were named on the list along with Boston, Barcelona and Vienna among others.

An interesting characteristic of New World cities was the prominence of "Millennials" (Gen Y) and therefore the character of real estate they were seeking. Lots of mixed used neighbourhoods and integration between where they live, work and play.

These locations provide opportunities for those investors who are strategically pursuing these style of integrated and sustainable developments.

A major new report by JLL and London-based intelligence firm The Business of Cities has outlined a new global hierarchy of cities with interesting results for Brisbane, Sydney and Melbourne. The report, titled Globalisation and Competition: The New World of Cities, says that we are in a new era of city competition where the rigid global urban hierarchy is breaking down and smaller cities such as Melbourne and Brisbane are increasingly specialising in niche markets, enabling more cities to ‘go global’. “This is fundamentally changing the geography of commercial property and has deep implications for real estate formats, assets and opportunities,” the report says.

The Big Six account for 22% of global RE investment – but is their dominance under threat? https://t.co/EUaItmw3fW pic.twitter.com/BTKwmJIbAR

Welcome backflip by Government on Build to Rent
Sian Sinclair