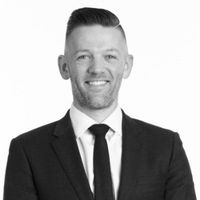 Weeks out from Christmas and the Coalition government is attempting to pass large-scale decryption reforms which will give law enforcement agencies broad powers for overt and covert computer access.

In summary the government position is this: planned decryption legislation can be applied safely to a small number of individuals without compromising security for all users.  This is simply government PR in overdrive and more alarmingly demonstrates a government which does not appear to understand modern encryption techniques at unprecedented scale or care about the privacy and security of law abiding citizens.

It is no wonder the large tech companies are vocally protesting the bill. They cannot introduce a point of access for any specific device or application without it becoming systemic given the sheer scale of devices and platforms around the globe. Moreover, it is clear that any method for decryption, systemic or individual by design, will be highly sought after and eventually used by malicious actors.  If the Government needs a signpost to this being reality they need only look at the Wannacry malware and its use of Eternal Blue, developed by, and obtained from the US NSA. The damage caused set new benchmarks!

Behind all the PR, misinformation and political football, the reality is terrorists and organised crime increasingly use encryption technologies to evade surveillance and this is a very real problem for law enforcement.  On one hand the Government should be applauded for attempting to address this national security issue.  On the other hand they should be called out for how they are trying to achieve it through a bill which has too much power, little transparency and will make all Australians less safe.

The challenge in all this is to develop legislation which supports national security and the personal privacy of individuals , where the balance lies between the two is yet to be determined.

'Tis the season to be wary
Matthew Green

Legendary singer died without a will...
Robert Powell

It will be another tough year for multinational companies operating in Australia.
Lorena Sosa
repost  cancel